Morriah Bosco spent 18 years in the foster care system. She was moved 40 times.

Bosco said the Department of Children and Families wrote on her placement plan that her goal was reunifying with kin — but no one actually looked for a family member to take her in. She was never given a permanent placement or a plan to help her age out of the system.

“I confronted a supervisor and she said ‘What are we supposed to put down? There’s no plan for you,’” Bosco said.

No one, she said, oversaw DCF. While federal law requires every foster care case be reviewed every six months, Bosco said she once went 18 months in a restrictive setting without a review.

Bosco was among the former foster children, parents and advocates who testified at a hearing of the Joint Committee on Children, Families and Persons with Disabilities on Tuesday about the need for an independent office to oversee foster care reviews.

The bill, H.112/S.29, sponsored by Rep. Tricia Farley-Bouvier, D-Pittsfield, Rep. Aaron Vega, D-Holyoke, and Sen. Jo Comerford, D-Northampton, would establish an independent Massachusetts foster care review office. The office would be responsible for regularly reviewing every case in which a child is removed from their home, ensuring the child has a plan for permanency, and collecting information from the reviews to inform DCF policy.

These reviews are mandated by federal law, and today, they are conducted by a special unit within DCF. But advocates for children have long complained that these reviews are inadequate and done in a pro forma way that does not provide sufficient oversight. 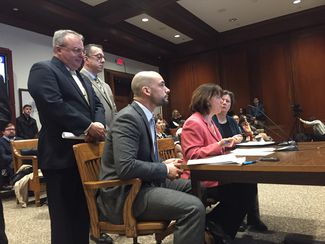 One bill would create a foster parents’ bill of rights, while another would establish an outside agency to conduct foster care reviews.

Sandy Bravo, a business professor and adoptive mother of two children, said businesses hire outside firms to conduct audits, but that is not the case at DCF. She said an outside review would provide a fresh set of eyes to ensure children are being cared for appropriately.

“The consequence to a child of falling through the cracks is abuse and even in many instances death,” Bravo said.

Child Advocate Maria Mossaides, who is the state’s independent advocate for children in state custody, acknowledged that until two years ago, foster care reviews were not being done according to legal guidelines and were treated by the department “in a more pro forma fashion.”

But Mossaides asked lawmakers to postpone making a decision on the bill to give her office more time to work with DCF on a plan that was developed in fiscal 2018 to improve the system. This includes overhauling the computer system to ensure all parties are notified of reviews, recruiting more independent reviewers, ensuring interpreters are available, allowing families to submit testimony in advance, allowing children over age 14 to participate in reviews by phone, and developing management reports.

According to DCF, the department updated its foster care review policy in 2019 to emphasize permanency planning, clarify the role of DCF workers in preparing parents and allow attorneys to give documents to DCF 10 days before a review. DCF also implemented an automated scheduling system.

“I’m hoping the committee will consider giving DCF and the Office of the Child Advocate … an opportunity to fully implement these changes,” Mossaides said.

But advocates say those changes are not enough. Crisanne Hazen, assistant director of the Child Advocacy Program at Harvard Law School, called the data tracking and operational changes “the bare minimum that need to be made to ensure that our children are safe.”

“This independent office will provide a system of checks and balances, transparency and oversight that will truly show the commitment of this commonwealth to the safety and care of our children,” Hazen said.

Several people with firsthand experience with the foster care system testified why more oversight is necessary. Nelly Medina, who previously spoke to The Republican / MassLive about the challenges of aging out of the foster care system, talked about being separated from her siblings with no contact for a year. She talked about being placed in places where she was bullied as the only student of color in her class. She said a caseworker denied her access to medication that was prescribed to her at age 11 for attention deficit disorder, because there was a history of drug use in her family. As a teenager, she was advised to emancipate herself in order to get an abortion, then miscarried, and soon after, attempted suicide. DCF never offered her any therapy.

“I would attempt to take my life twice more before aging out of the system with nowhere to live,” Medina said. 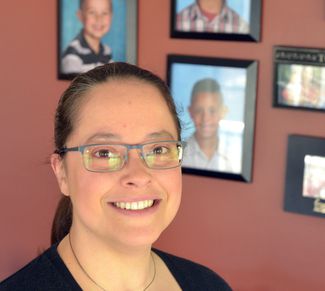 Foster families say the service they provide is often repaid with disrespect, a lack of information and bureaucratic hurdles.

Northwestern District Attorney David Sullivan, who used to work for an adoption agency that placed adolescents, said cases often linger in the system for too long “with the workload of DCF case workers, schedules of attorneys, and rights of parents taking precedence over children.” Sullivan said DCF workers, concerned with immediate challenges, often do not have the capacity to reflect on a child’s long-term well-being.

Sullivan said DCF, like any agency, has blind spots about its own performance. “When asked about foster care reviews, two retired DCF workers referred to these reviews as ‘a joke,’” Sullivan said in testimony submitted to the committee.

Farley-Bouvier said having an agency that polices itself is not good for children or for the agency, which lacks data on what is working and what is not. She noted that the agency, in reviews, rarely disagrees with itself.

“I’m sorry to say that often times within DCF we take bad situations and we make them worse,” Farley-Bouvier said.

Some states, like Nebraska, already have reviews conducted by an outside agency.