WASHINGTON — Baltimore community organizer Perry Hopkins, 55, is looking forward to stepping into a voting booth for the first time in his life this election season.

Hopkins lost his never-exercised right to vote when he was convicted for drug and other offenses. He gained it back last month when Maryland joined a growing list of U.S. states making it easier for ex-convicts to vote.

“To have the right to vote now is empowering. I’m stoked,” said Hopkins, who spent a total of 19 years in prison for non-violent crimes, and was one of 40,000 in the state to regain his right to vote from a legislative action.

“I plan to vote in every election possible. I’m voting for mayor, I’m voting for city councilman in my district, and, yes, I’m voting for president,” said Hopkins. He hopes to vote for former Secretary of State Hillary Clinton, the front-runner in the race for the Democratic presidential nomination, on Nov. 8.

Hopkins is among some 800,000 Americans who have regained the right to vote in the last two decades as about two dozen states have eased restrictions on felons casting ballots, according to the Sentencing Project, a prison reform advocacy group.

The restoration of voting rights has drawn support from both Democrats and Republicans as a way to improve prisoners’ reintegration into society. 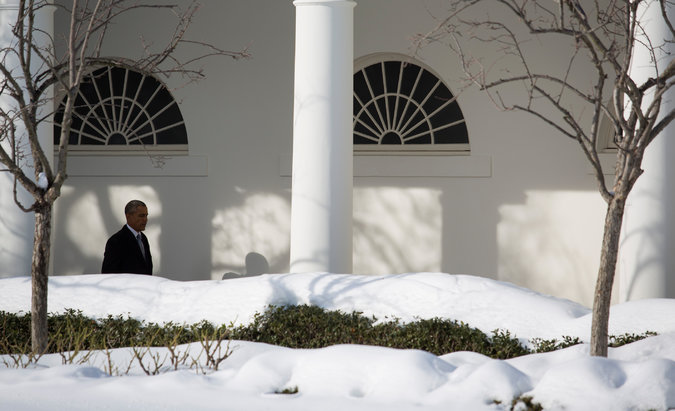 WASHINGTON- President Obama on Monday banned the practice of holding juveniles in solitary confinement in federal prisons, saying it could lead to “devastating, lasting psychological consequences.”
The move, which Mr. Obama outlined in an op-ed article published by the Washington Post on Monday night, adds the weight of the federal government to a growing movement among state prison administrators, who have begun sharply limiting or ending the use of solitary confinement.
Mr. Obama said federal prisons would no longer use solitary confinement for juveniles or for inmates serving time for low-level infractions. He said the change, along with expanded mental health treatment, would affect as many as 10,000 inmates in the federal system, about a tenth of those being held in solitary confinement in the United States, including in state prisons.

US federal prisons are overcrowded and are housing more than 40% of inmates than they were designed to hold. The number of inmates held in federal custody has increased by 500% and continuously increasing. The majority of inmates are serving sentences for drug-related offenses. Attorney General Eric Holder has proposed his ideas on how the criminal justice system should change and would reduce the number of sentences served because of a non-violent crime committed. Holder devised a plan that would free up prisons and limit the number of non-violent offenders in jail. Rather, prosecution will avoid using the “mandatory minimum” as a form of punishment, but direct offenders to drug treatment and community service programs. Attorney Holder gave a speech back in August speaking on his views of the vicious cycle of the criminal justice system that is weakening communities. He believes that the criminal justice system is doing nothing in its power to alleviate the problem. Read More.

Why I’m Fighting For Prison Reform in the U.S. Senate

Senator Rob Portsman of Ohio has been significantly making strides with reforms in the US  prison system. Prison overpopulation has been a topic of constant debate since the 1980s when the amount of inmates has grown tenfold. Senator Portsman acknowledges a failure in the criminal justice system that is challenging, but he is hopeful that reform(s) will be the solution for the problem. A repeated theme of prisoners being released back into society and are back behind bars in less than a year. It has been argued that the ever-growing prison population is a budget problem, but it is a social problem that involves not only the offender but families that are broken up. Senator Portsman authored The Second Chance Act to the senate, which was approved and helps to establish and support reentry programs for newly released inmates.  The next step is to bring the same programs to the federal prison system. By cosponsoring The bipartisan Recidivism Reduction and Public Safety Act with the help of other US senator’s federal corrections now can offer the same programs to inmates. Also, the act provides drug and mental health treatment and job training programs for individuals who seek to change their lives for the better. Incentives are offered too. Read More Here.